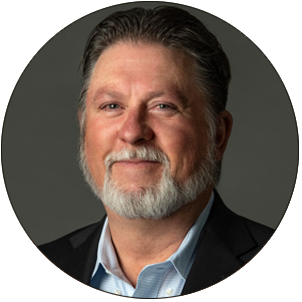 Michael was born and raised in sunny Phoenix, AZ. After graduating from Glendale High School in 1979, Michael went to work for Garrett Turbine Engine Company as an apprentice Turbine Engine Sub-Assembly Mechanic. He gained valuable experience over the next few years and worked his way up the corporate ladder. His experience includes Quality Assurance Inspector and QA Auditor with several aerospace companies in the Phoenix area, becoming Manufacturing Manager in 2001. Michael was directly responsible for 130 employees, initiating process improvement programs, and developing systemic solutions to complex problems while being held accountable for more than $5 million in annual revenue. During his tenure as manager, Michael went back to school and received his Bachelor of Science Degree in Business Management from the University of Phoenix. He left the aerospace industry in the fall of 2009 after 25 years to pursue a new opportunity in Denver with Kathy Mills Chang. His role as Vice President of Operations has provided him with many opportunities to utilize his critical thinking and systemic analysis experience. In his free time, Michael enjoys long walks through the hills of Highlands Ranch as well as golfing with his sweetheart. Michael has two children, Jeremy and Rachel, who still live in the Phoenix area.

At KMC University we are uniquely qualified to explore and get to the bottom of the true needs of your practice.

For just $79 (even less for KMC University members) a certified specialist will uncover your practice needs and areas of risk and provide a solution that is tailored to your situation.

I am so grateful for Dr. Milo and Dr. Liebing allowing me to the opportunity to attend KMC University's seminar in Denver. Continuing education is so important and Kathy does such a great job at explaining things and helping you through challenges in the office. Her and her staff are so fun to be around and really make the experience great! I highly recommend attending a seminar through KMC University! Thank you Kathy and Staff!