Q: How do we send in claims for orthotics to third-party payers?

A: We and Foot Levelers have created a great guide you can download here. Basically, you need to know the medical review policy for functional orthotics of whichever carrier you're billing - usually listed on their website as "orthotics and prosthetics." Then use the verification sheet from the above-mentioned guide to make sure your team asks the right questions. Make sure youv'e established medical necessity according to the policy for your history, exam, diagnosis, and treament plan. Then use the billing codes listed in the guide - make sure you bill for both sides! Finally, if there's a challenge, refer to the guide for several letters of medical necessity.

Q: I’ve decided to offer laser treatment. What’s the code I should use for billing?

A: Currently, there is only a HCPCS code for laser, which is S8948. Sometimes you must use the unlisted modality code, 97039. Keep in mind, regardless of coding, there's no guarantee that the carrier will cover the code. Always be sure that you check each carrier’s review policy for coverage parameters.

Q: We're confused about how to bill orthotics.

A: The correct way to bill orthotics is by using two lines on the claim form. We really recommend that you use either L3020 or L3030, depending on the type you are providing. L3020 is an orthotic that is fitted to a patient mold, while L3030 is fitted directly to the patient. For example, for one set of orthotics, the claim lines would look something like this:

This would indicate a $400.00 charge for a set of orthotics. This example doesn't include all of the items on the line that need to be filled in, but you get the picture. If you had two pair of orthotics, each line would have a 2 instead of a 1 for units.

Q: We were thinking of adding a Power Vibe vibration platform to our therapy studio. Can we use it in conjunction with therapeutic exercises for coding purposes?

A: We recommend that you first check with all of your networks to see if vibration therapy is covered. We were just on the phone this morning with a customer looking at his Vermont BCBS medical policy, and it clearly stated that vibration therapy was considered experimental and therefore not covered. However, anytime that you do exercise that qualifies for therapeutic exercise reimbursement, whether they are standing on the floor, a vibration plate, their head, or even a wobble board, you are billing for the actual exercise with appropriate medical necessity. The plate doesn't enhance any kind of payment or reimbursement. It does enhance the treatment and results, so don’t buy this because you are trying to get paid for the vibration. Buy it because it will enhance the patient’s treatment and outcomes, and make sure all of your documentation, your treatment plan, your functional goals, etc., speak to the actual exercise. Then deliver it the way you want to!

Q: The chiropractor in our office is adjusting three areas of the thoracic spine. We disagree on if this should be billed as a 98940 or 98941.

A: This is where reading the descriptions of codes must be done very carefully! A 98941 is when the provider is adjusting three or four regions of the spine. Regions are described as Cervical, Thoracic, Lumbar, Sacral, and Pelvic. Adjusting three areas in one region is still billed as a 98940.

Q: I tend to down-code examinations for my cash patients, but I am beginning to see more and more of them. Do I have any issues doing this?

A: Yes! Down-coding is a bad idea all around. You should always code what you do with the most appropriate CPT code that describes the care. Down-coding is just as big a red flag as many other poor coding techniques. It's more appropriate to set your fee schedule in a way that is legal and fair, code properly, and get reimbursed fairly for the work you are doing. There are ways to do this right. Maybe you need to use a Discount Medical Plan Organization (DMPO), like ChiroHealthUSA, to set an appropriate fee schedule for uninsured and under-insured patients. The best way to restructure and investigate your fees is by starting with your actual fees, getting those right, then working toward your contracted fees, your discounted fees, and then your hardship policy. You can do this legally and compliantly, and practice with ease (while coding correctly)!

Q: United Healthcare denies every 97014 I send, whether there were additional therapies or not. I am so confused on how to get them to pay!

A: United Healthcare requires code G0283 rather than 97014 for electrical muscle stimulation. Program this code into your system to use when billing UHC and you should see much better results!

Q: I do therapy exercises with groups of about four people at a time. How many units per person of 97110 can I bill?

A: You wouldn’t use code 97110 (therapeutic exercises) when working with more than one person at a time. For these circumstances, you would bill code 97150 (group therapeutic exercises) once per person, per encounter – with only one unit, as this is not a timed code. The number of minutes you spent with the group isn't relevant for billing this code. Be careful to document the service properly in each patient’s healthcare record, as this code does not describe the services rendered to the payor. 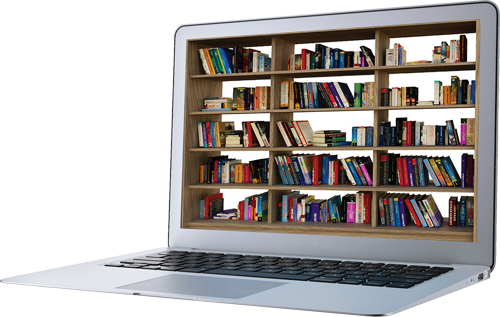 Because making the right coding choices will save you time and money, learn to get your chiropractic coding done right, the first time. Understand exactly what is necessary to protect your practice, and maximize your profitability – quickly, and easily.

Join the KMC University Library and get the do-it-yourself chiropractic CPT, and ICD-10 coding training you need.